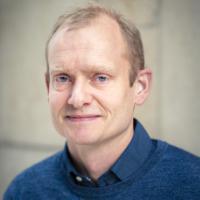 Jesper Østergaard is a pharmacist by training and obtained his Ph.D in pharmaceutical sciences from University of Copenhagen in 2003, after which he was appointed assistant professor and subsequently associate professor at Department of Pharmacy. In 2019, he was promoted to professor of pharmaceutical physical chemistry. His research is focusing on developing novel approaches for physical chemical characterization of drug substances and delivery systems.

The aim of the research is to advance our understanding of fundamental processes in drug development and characterization, including transport, dissolution and release phenomena and chemical stability/kinetics.  Focus is on the interplay between physical chemical properties of drug substances (and excipients), and transport processes and kinetics as relates to drug delivery and analytical methods.

To this end novel analytical chemical approaches for physical chemical characterization (profiling) are developed focusing on diffusivity (sizing), molecular interactions and and partitioning. The interplay between physical chemical properties and drug performance is investigated mainly in relation to drug formulations intended for subcutaneous and intramuscular injection. A key topic is the development of biopredictive in vitro release testing platforms for injectables emulating drug release, extra cellular matrix interactions and transport in vivo.

Course responsible for the compulsory bachelor courses Pharmaceutical Physical Chemistry I and II (~200 students/year) on the Pharmacy program.

Supervisor of master students in pharmaceutical physical and analytical chemistry.