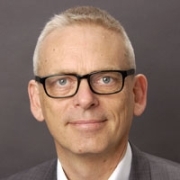 Birger Brodin is full professor and head of the research group "CNS Drug Delivery and Barrier Modelling" at the Department of Pharmacy, the Faculty of Health Sciences. He is worckpakage leader in the Danish research network RIBBDD and in the European network IM2PACT (an IMI network under Horizon 2020).

Birger Brodin was trained as Lic. Scient. (PhD) in Cellular Physiology at the Department of Biological Chemistry A (the Ussing-lab) at the August Krogh Institute, University of Copenhagen, under the guidance of Robert Nielsen. After his degree in 1995, he worked for three years on a project on ion channel control in tight epithelial tissues (financed by the Carlsberg Foundation). Subsequently, Birger Brodin in 1998 was employed at the former School of Pharmacy as a research assistant , and began to study the role of membrane transport proteins in drug absorption. In 2000 Birger Brodin was employed as a research associate professor, in 2002 for tenured associate professor and in 2008 Birger Brodin was appointed group leader. His work has included characterization of cell models of the barrier tissues in the body, the study of transporters role in uptake and excretion of drugs and regulation of transporter activity. His work currently. focuses mainly on how drugs and endogenous substrates penetrate the blood-brain barrier, and how transport proteins affect this process.

Birger Brodin is the author of > 95 scientific articles and book chapters, > 100 congress abstracts and several popular science articles. He has given > 30 invited talks at conferences and PhD courses. He is ad hoc referee at > 25 scientific English-language journals. Member of the Editorial Board at Journal of Cerebral Blood Flow and Metabolism, Editorial Advisory Board membder at the Journal of Pharmaceutical Sciences and Drug Delivery Letters.