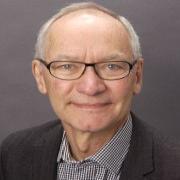 After the merge with the University of Copenhagen, Sven became Dean at the Faculty of Pharmaceutical Sciences. Since 2012, he is Vice-Dean at the Faculty of Health and Medical Sciences, University of Copenhagen. From 2002 to 2005 he held the position as director of the industrial-oriented graduate research school Drug Research Academy where he his is now chairman of the board.

Today, his primary research interest is focussed on peptide and protein formulation with a special emphasis on particulate drug delivery systems, e.g. microspheres, liposomes and lipid emulsions, and peptide transport across biological membranes including carrier-mediated mechanisms. He has published more 100 scientific papers in these fields.

Memberships
Sven Frokjaer is a member of several boards and committees including The Danish Pharmacopeia Commission and the Drug Registration Committee under the Danish Health and Medicines Authority. He serves as member of editorial boards on several pharmaceutical journals. He has also served as member at the Danish Medical Research Council for a period of 5 years.